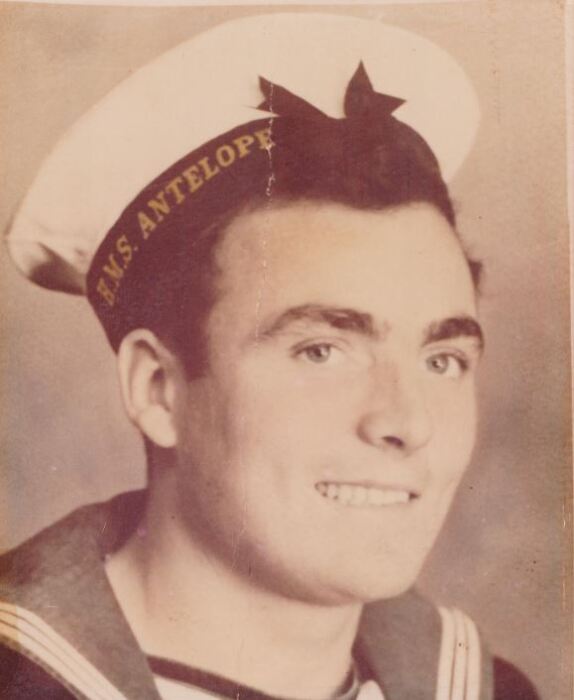 William (Bill) Montague Sanderson, 97 of Tulameen, BC passed away on April 9, 2021 at the Princeton General Hospital.  Bill was born on December 15, 1923 in Hendon, England.

Bill served in Her Majesty’s Royal Navy aboard the HMS Antelope in WWII as a gunner. After the War he met his beautiful bride, Doreen Mary Dearling, and in 1957 along with their two sons, Keith and David, they immigrated to Canada. Soon to follow were two daughters, Avril and Cheryl.

He loved soccer and his favorite team was Watford F.C. and thanks to the VCR and the PVR, he never missed a game. He spent his free time watching various British TV shows and listening to music. Every year he made sure that everyone in his family celebrated their birthday, anniversary and Christmas with a card.

He was preceded in death by his wife, Doreen Sanderson in 2008.

Plant a tree in memory of William (Bill) Montague Sanderson

I would like to send condolences to the Sanderson family. I have many fond memories of Mr. Sanderson while he drove myself and the youth of the area to school.

A Memorial Tree was planted for William (Bill) Montague Sanderson

Plant a tree in memory of William (Bill) Montague Sanderson