Plant a tree in memory of Irene
An environmentally-friendly option 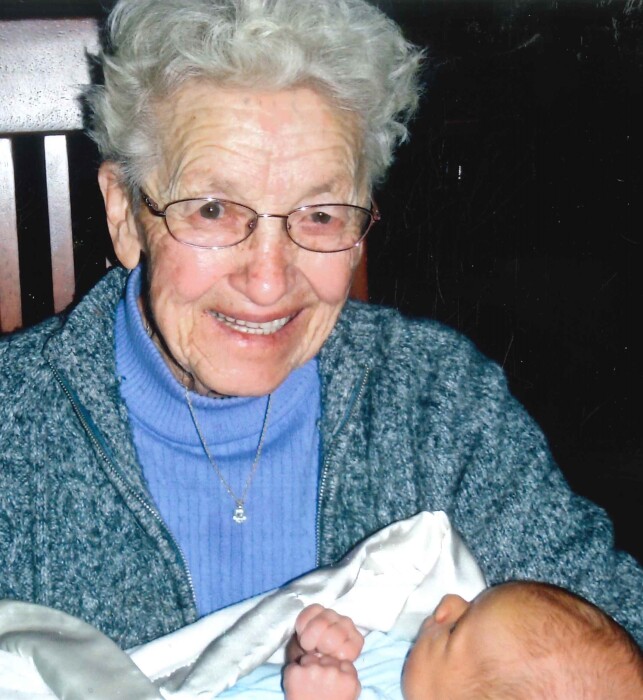 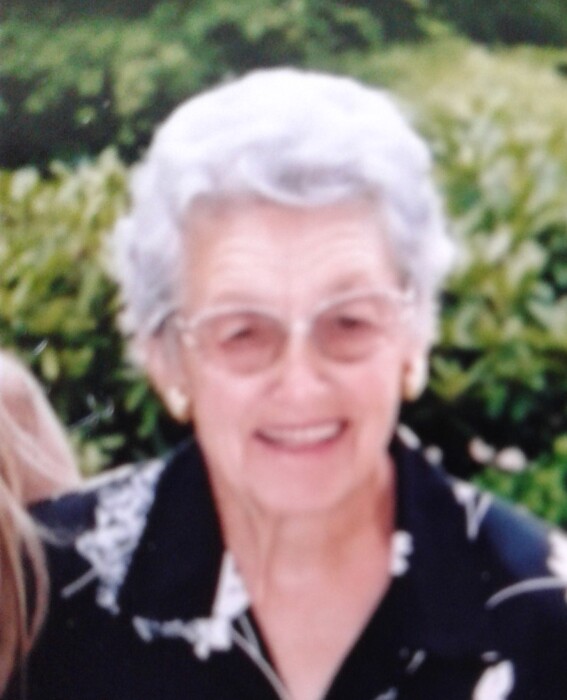 Irene Ramsey passed away peacefully in her sleep on Saturday, March 27, 2021. She had been visited the previous day by her family members.

Irene was born on May 24, 1922 in Charlotteville, ON. In 1935 at the height of the Depression her father, a commercial artist, drove his family to Vancouver, BC for a new job.

Irene graduated from “John Oliver High School” in 1939 with honours after skipping a grade. She enrolled in Business School in Vancouver and went on to work for several companies such as Western Wholesale Drugs, Shell Canada and Northwood Forest Products.

After the War she married Arnold Bellamy and had two children; Lynda Stephen and Allan Bellamy. In early 1960 she separated from her first marriage, divorcing in 1965.

She had met her second husband, Gordon Ramsey and was married in 1970. Gordon had a large orchard in Keremeos and was very active in mining. She used her business skills both with the orchard and the mining ventures of Gordon, not to mention working with him on the orchard.

They did many trips together to Mexico, Hawaii, Australia and New Zealand. Irene had an extremely interesting life especially with the love of her life, Gordon.

Besides her two children, she is survived by her three grandsons, Michael Mill, Brad (Melanie) Bellamy and Derek (Chelsea) Bellamy; six grandchildren, Michael Jr., Landon, Mataya, Cole, Devon and Lila. She will be missed by all.

Irene’s family wishes to extend their thanks to the personnel at Dr. Andrew Pavillion who gave her special attention and care.

The family will be having a private service at a later date.

Plant a tree in memory of Irene by clicking here.
To send flowers to Irene's family, please visit our floral store.

Plant a tree in memory of Irene
An environmentally-friendly option

Plant a tree in memory of Irene

1 tree planted in memory of Irene

There are 3 photos available in the gallery

I worked at DAP and had the pleasure of working with Irene for the past 4-5 years. Irene was always a bright piece of my day.. I’d come to take her on the exercise bike or go for a walk and often she’d say “I was just thinking of you.. and then you show up!” I joked we were telepathic with one another. We would share stories of travel, her past and her children and grandchildren. She always knew what my weekend plans were and I’d laugh about how she had a much better memory then me because by Monday I’d always have forgotten what I got up to on the weekend, but she never did! I have been on mat leave for the past year but Irene and I still made sure to meet at the window, or over FaceTime so she could see the baby and her favourite pooch Harley.. one of the last times I saw her I brought him in to see her and he jumped up and gave her a big kiss on the face. She said “first time for everything!!” One of the last things she said to me was that she would lay in bed and could go over every detail of every trip she’s been on. She said..”do things in your life you’ll remember”. This has stuck with me and I promise to do that and think of you Irene! ❤️❤️ Sending love to her family.. she always spoke so highly of you all and always told me she appreciated all you would do for her.

A Memorial Tree was planted for Irene Virginia Ramsey

Plant a tree in memory of Irene